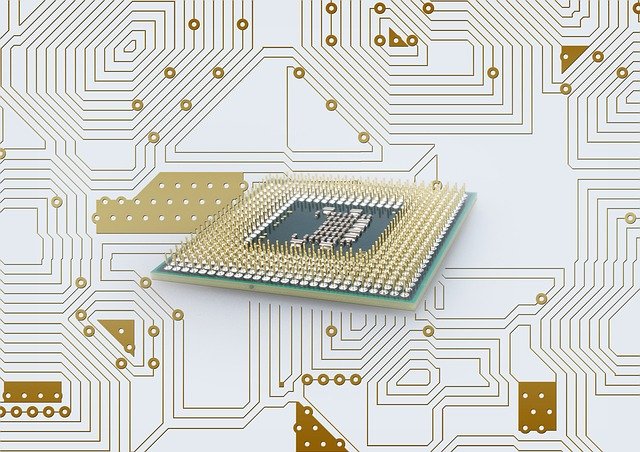 The CPU or Central Processing Unit is a hardware part of computer, which carry out the all instructions of computer and process them with arithmetical, logical, sensitive way to operate the all operation of input/output of computer system. So, the CPU is the brain of computer.

The CPU made with million to billion of transistors. The transistor made of semiconductor chemical elements (Silicon). This semiconductor electronic device amplify or switch the electronic signals and power by logical gate circuit (AND, OR, NOR, NOT etc).

The primary storage (RAM) is not a part of CPU.Note

Yes, the CPU use seven basic logic gates: OR, XOR, NOR, XNOR, AND, NAND, and NOT. These all gates use binary digits ‘0’ and ‘1’. These logic gates make the logic circuit of CPU and help to add, subtract, multiply, divide etc.

As the CPU manage all the simple to vital process and calculations of computer. But it is depending on the CPU’s ‘Core’. A processor core is an individual processor within a CPU. In modern technology, there are one core, dual core, quad core, octa-core, penta core CPU etc.

What is computer? | Defination | Description

We use cookies for various purposes including analytics and personalize the performance. By continuing to use the service, you agree to our use of cookies. Accept the cookies by clicking on 'OK' button.